The origin of Dublin can be traced back to more than 1000 years from when Vikings had settled there to the cosmopolitan city that it is today. This is the reason that the city is full of historical sites, from the 16 Moore Street to Ashtown Demesne and many more. Even if you have only one day to spend in Dublin, make sure you do not miss the following top 5 popular historical attractions in Dublin.

As you walk up Moore Street, you will notice the traditional red-brick building known as 16 Moore Street on the left-hand side. Over the ground floor level of the building, a small plaque is displayed that has “Éirí Amach na Casca” written on it, which means “The Easter Rising, 1916” in English. After the shelling of the GPO, the leaders had retreated into this house, and it was in this house that they decided that they should cease hostilities and surrender because escape was not possible. 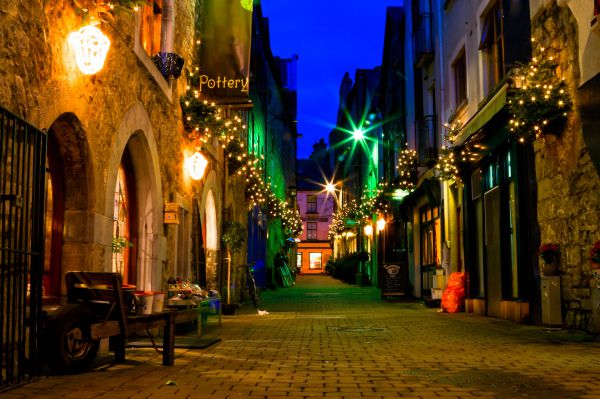 Aldborough House is one of Dublin’s most important surviving historic houses. The house is situated on Portland Row, and is the city’s last great mansion that was built during the latter half of the eighteenth century. It was Edward Stratford who built Aldborough House back in 1796. However, after passing out of the Stratford family’s hands, it became a Feinaglian School, then a military barrack, and then a branch of the GPO. The building has some integral architectural features that are listed with IMRO.

Ardgillan Castle is located between Balbriggan and Skerries on an elevated coastline and it enjoys magnificent views, which makes it unique among the Regional Parks of Dublin. This park measures 194 acres, consisting of gardens, mixed woodland and pastureland, all of which overlook the bay of Drogheda. The meaning of Ardgillan in English is “high-wooded area,” and indeed the castle is a sanctuary for various species of birds and mammals. Ardgillan Castle consists of two stories along with a basement extending under the south lawns.

The Of Ireland-College Green, which is currently in use by a bank, was once the Irish Parliament House, the first purpose-built parliament house in the world with two chambers. For most of the eighteenth century, this building served as the seat of the two chambers of the Kingdom of Ireland’s Irish Parliament. The building also became a part of the United Kingdom of Great Britain after the abolishment of that parliament by the Act of Union of 1800, but is also a part of Ireland too.

You can access Ashtwon Demesne on Chesterfield Avenue off the Phoenix roundabout. Whether you are old or young, it has plenty of attractions for you. These include Ashtown Castle, Phoenix Café, Phoenix Park Visitor Centre, picnic area, new universal access playground and woodland walks. The Phoenix Park Visitor Centre has an audio-visual presentation that will allow you take a glance at what the park was like throughout the ages, which gives it somewhat of a historical interpretation.

From the city center, all of the above historical attractions are within easy reach, especially if you decide upon traveling by car. If you wish to drive yourself and have a UK driving licence, then you can even exchange it for an Irish driving licence.

« London on a plate- Top 5 restaurants to taste
What Indonesia has for Photography Lovers? »