Have you ever tried to rejuvenate your skin in a “time machine”? Have you ever tried sleeping in a cave or in an enterprise located in a zone where there is strong radiation? Peculiar adventurous spirit is not needed when it comes to visiting some of the unusual tourist attractions that we have listed below. It is quite enough to be a bit curious and courageous in order to descend into the Paris’ dark and mysterious catacombs or wander around a Hindu temple where there are hundreds of terrifying rats. 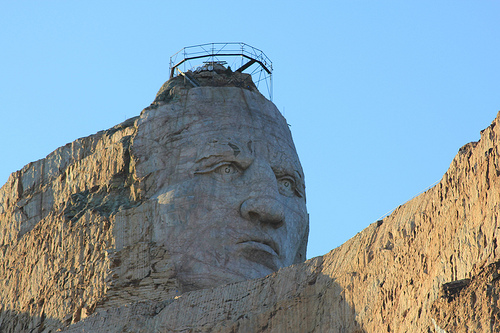 If you want to visit this pretty strange tourist attraction, you would have to go to Canada and more specifically – to Vancouver in the western province of British Columbia. The largest hockey stick was built in 1985 and has a weight of 28,118 kilograms. It was initially ordered by the Government of Canada as a part of Expo ’86, but after that it was sent as a gift to the citizens of the Cowichan Valley.

However, according to some, the largest hockey stick is located in the small town of Eveleth in Minnesota, USA but on July the 14th 2008 this 20-year battle for the title was won by the Vancouver hockey stick.

The Full-Scale Gundam is undoubtedly one of the strangest tourist attractions of Tokyo. You wonder what it really is? This is a great statue of an enormous robot located in the Odaiba Shiokaze Park. The RX-78 Gundam replica, which is about 60-feet tall has a head that can move and also emits light thanks to more than 50 different locations of its body. The statue was created in July 2009 on the occasion of the 30th anniversary of one of the most popular Japanese animation series – the Mobile Suit Gundam.

The Catacombs of Paris

Visiting the Catacombs of Paris can guarantee you really bad dreams for at least a month. This ominous attraction of the otherwise romantic Paris is a real network of more than 320km tunnels, criss-crossing the underground of the entire city, and their walls and ceilings are “decorated” with the bones and skulls of nearly seven million Parisians. The catacombs were created in the late 18th century, when the Government decided to transfer the already existing cemetery into the unused underground tunnels, which was taking up some valuable land for new construction.

The orange carnival in Ivrea

If you have accidentally got in Ivrea in February, do not rush to leave, because this is the time when the unique battle with oranges starts. It is a part of the so-called Orange carnival, which turns this small Italian town, located not near Turin into a battlefield for a three days, during which the main weapons here are oranges. This war recreates the legend according to which the cruel Marquis Guglielmo Monferrato, who ruled the city in the 18th century wanted to spend the night with a young Violeta – a beautiful bride, who opposed to him and killed him.

Do you know that one of the most terrifying places in the world is actually one of the strangest tourist attractions? The world-famous Chernobyl nuclear power plant in Ukraine and the city of Pripyat situated nearby have become a desired destination for visitors from different countries. We personally con not figure out what would motivate a person to go and visit such a place but it’s a fact that in the recent years this place attracts many tourist from all over the world, who wish to take the risk and enter the radioactive zone. Today the ghost town of Pripyat is nothing more than some empty buildings, abandoned after the Chernobyl disaster which happened in 1986.

The so-called Crazy Horse Memorial, which was carved out of solid rock and is dedicated to a dead Indian leader is one of the world’s strangest tourist attractions. The sculpture is situated in South Dakota and was begun in 1948 by Korczak Ziolkowski, who died in 1982 and the construction faded away despite the intensified efforts of his family to finish the job. Nowadays a foundation managed by Ziolkowski wife and children owns the entire complex. And if by any chance the monument gets finished, it will be world’s largest sculpture ever built.

Conni Jameson is passionate traveller and blogger. She works as a cleaner at http://www.shinylondon.co.uk/house-cleaners-acton-w3/ and thanks to that she earns enough money to travel a lot.

« Don’t Know Where to Go in Edinburgh? Ask a Comedian
Austria-Best destination to enjoy white Christmas »